How To Thrive As A Small Church Pastor 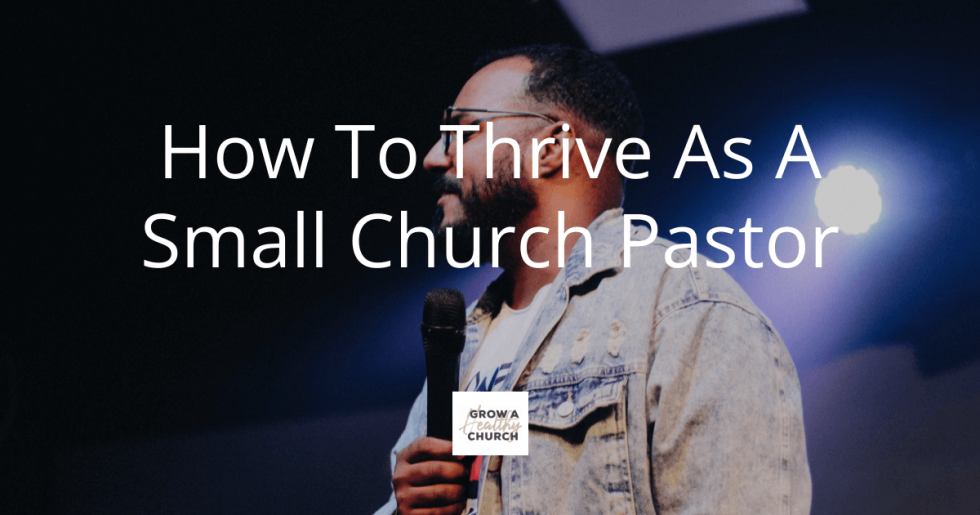 Dave Jacobs is a pastor who is super keen to show you how to thrive as a small church pastor and I’ve interviewed him for the blog.

He’s got a vibrant community in his Facebook group, Small Church Pastor, plus he has a superb site for pastors and he’s the author of Mile Wide, Inch Deep.

He wants to help pastors grow a healthy church.

John Finkelde: First, tell me what’s behind all those unique black and white Facebook cover photos that you put on the small church Facebook group?

Dave Jacobs: Those have become so popular, it really took me by surprise. This closed group limited to senior pastors, they can be a serious bunch, and I can be kind of goofy.

I just began to put up kind of silly vintage pictures, black and white pictures, and kind of one day I just kind of added a funny caption, and boy, it took off.

I was so pleased that there were so many pastors that had a sense of humour.

Dave Jacobs: If I had to describe my coaching style in four words it’s, I ask great questions. 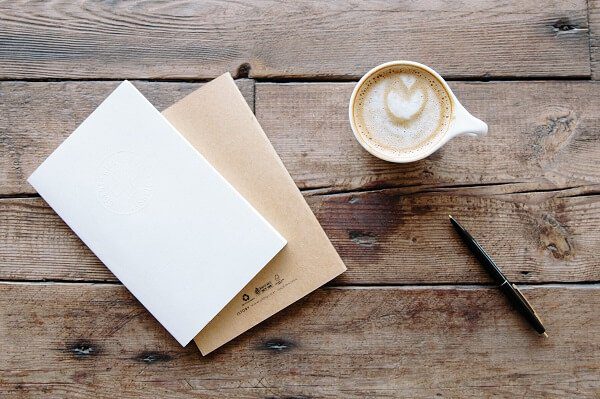 YES I WANT IT NOW

John Finkelde: How have you trained yourself to listen to pastors after you’ve asked a great question?

Dave Jacobs: The two components to great coaching are listening and asking. They’re like two sides to the same coin. Sometimes it’s as simple as being quiet and holding off on talking.

As ministers, we’ve been trained to be communicators and so it’s hard to learn.

My philosophy of coaching is not all about advice giving, but it’s about helping the person think through things on their own.

I tell pastors that it’s not my job to do your thinking for you, but it’s my job to help you think and to help you hear what the Spirit is saying.

I believe that God has more to say to the person than I do, and so I’ll listen to them, ask a question, and then be quiet and let them talk.

It’s hard for us to learn how to listen but over time, you get better at it.

John Finkelde: What do you think is one of the biggest challenges of pastoring a small to medium church today?

Dave Jacobs: For the pastor, the biggest challenge is to maintain healthy priorities and boundaries.

For the church, the biggest challenge is just to do a few things well and to fight that temptation to be like the larger church down the road to have the programs everybody tells us to have.

Just specialize in a few things, and rather than try to do a bunch of stuff but none of it really well.

John Finkelde: I think that both of those answers are brilliant because they’re related to focus, aren’t they?

Dave Jacobs: Pastors have been conditioned for many years to think that the biggest goal is to get a big church.

So we’re tempted to do this and do that, and then we stretch ourselves and our organization so thin that we’re really not doing anything very well.

John Finkelde: Dave, let’s do some time travel. If you could sit down with your 30-year-old self, what would you say?

Dave Jacobs: John, when I turned 30, I was already on my second church plant. I was sent out to plant my first church at 21. Then by the time I retired, I pastored in five churches, three of which my wife, Ellen, and I had planted.

Here’s what I would say to myself back at 30: “Make more time for solitude and soul care.”

Surprisingly John, most of the dozens of pastors I coach do not have a consistent and meaningful devotional life so I would say to my 30-year-old self, make more time for solitude and soul care.

The second thing I would say is, don’t take yourself and don’t take the ministry so seriously. When I think about the type of leader I was back then, I just needed to relax more.

John Finkelde: What’s the worst mistake you’ve made in ministry?

Dave Jacobs: I would say one of the biggest mistakes I made in the ministry was being frustrated or angry with my leaders and my people because they weren’t as committed to the thing as I was.

In our first church plant, we planned some special Sunday morning outreach and that morning half of my leaders weren’t even there.

They were at the lake water skiing.

That really impacted me.

John Finkelde: Since I finished pastoring four years ago, I think I understand how a regular church member feels.

Dave Jacobs: Yeah. Isn’t it weird to be an ex-pastor?

John Finkelde: Yes, it is.

Dave Jacobs: Isn’t it weird to sit out there and you’re not in charge?

Dave Jacobs: Well, you’ve taken strange to a whole other level because you’re going to the church that you’ve been at those years and you’ve handed it off to no doubt a skilled and talented younger leader. Do you enjoy it?

John Finkelde: I do now. The first couple of years, strange, weird, but the church has done very well under Jason and Em’s leadership and is healthy. I love the fact that it’s working well. Jason and I are still good friends.

Dave Jacobs: I’m working with a lot of pastors attempting that, but I’ve only known a few, you’re one of the few that have really pulled it off in a healthy way and I commend you and the leadership of your church for successfully doing that.

John Finkelde: Thank you. What got you into coaching pastors?

Dave Jacobs: At my last church I’d already been working a lot with leaders when I began to feel like a change was coming.

It was time for me to kind of phase out, and I just had this vague sense that what I would do would have something to do in working with leaders.

It took me two years for everything to come into focus.

No, I’m going to work with senior pastors of smaller churches.

I don’t think I’ve ever pastored a church that had more than a couple hundred adults, so that’s what I was comfortable with. I like pastors and I like pastors who have smaller churches. I understand them and can relate to them, and so it just evolved and that’s how I went into coaching.

John Finkelde: Such a great ministry, Dave, such a needed ministry.

Dave Jacobs: The word coaching has been used over here a lot but I have found that usually what people are talking about is mentoring, and I make a distinction between mentoring and coaching.

Coaching, as I understand it, is still kind of slowly evolving here in the States, and I’m excited about that.

John Finkelde: I call mentoring, download and coaching, explore. The download is more advisory whereas coaching is helping someone explore their own territory.

Whereas if I come to you as a coach and say, “I want you to train me in working with leadership teams,” you would say, “Well what have you tried so far?”

John Finkelde: Your Small Church Pastor Facebook group has 1,200 people in it. What do you enjoy most about this group?

Dave Jacobs: What I really love is when I see the pastors respecting each other, and they’re learning that you don’t have to have a comment for everything.

When we’re resourcing each other, that really excites me.

You know what I think is the most heartwarming that I see?

It’s how rapidly maybe 100 pastors can be mobilized to pray for another pastor. Someone will say, “I’m really going through a hard time. Will you please pray for me?” Bam, within an hour, there will be 50, 60 people either writing out their prayers for this pastor or committing themselves to prayer.

John Finkelde: I’m going to really limit you here but what’s the one best book that you’ve read lately.

Dave Jacobs: Right now, what I’m reading for inspiration that is just knocking me off my chair is The Seeking Heart by Francois Fenelon.

He was a Catholic priest who got into a lot of trouble with the Catholic Church.

This book is a series of just letters that he wrote to people he was mentoring and I used that during my quiet time to supplement my scripture reading.

John Finkelde: I know you’re a guest on Jeff and Jonny’s, the 200 Churches Podcast. Do you listen to other podcasts?

Dave Jacobs: I’m more a reading guy and, boy, please, I don’t want this to sound like I’m so important or anything, but I really don’t have time to listen to podcasts.

There are so many great podcasts out there but I don’t know anybody that does it better than 200churches.com and Jeff and Jonny. That would probably be the only one that I listen to regularly.

John Finkelde: Dave, it’s been so good to have you on the blog.

Dave Jacobs: What an honour to be here and thank you so much.

Dave is always keen to show you how to thrive as a small church pastor so please check out his Facebook page and website.

Like this interview? Check out my interview with Jeff Keady, pastor and podcaster.

How I Structured My Week for Maximum Effectiveness 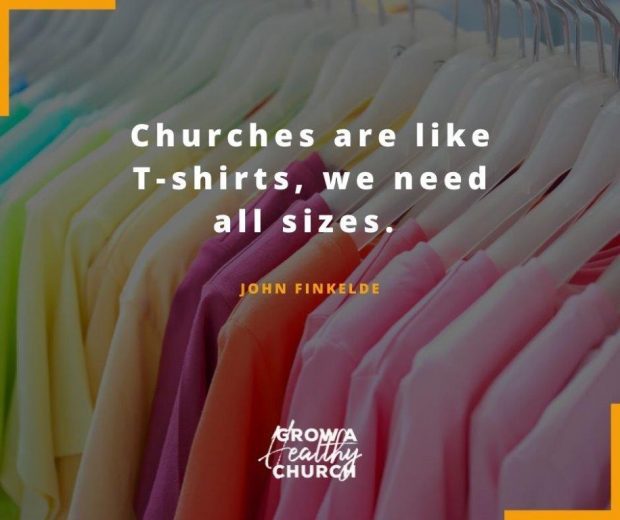 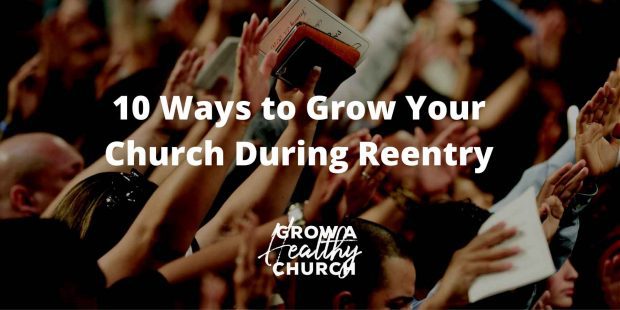 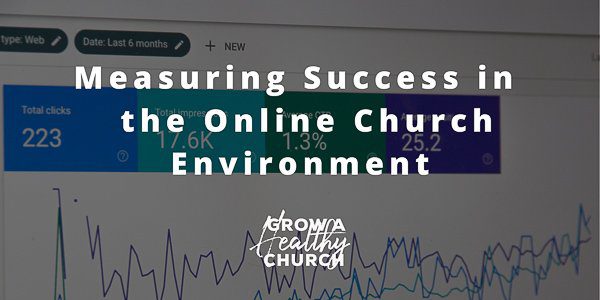 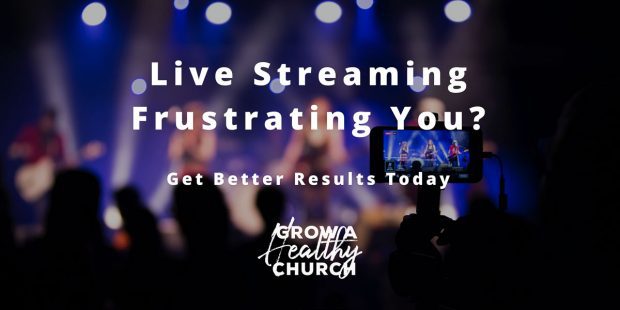 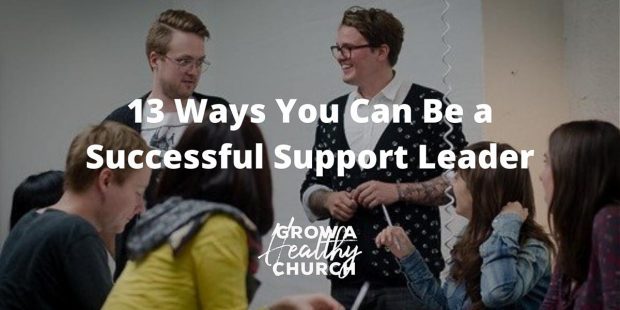 There was one thing I never enjoyed as I strived to grow a healthy church. The Great Cull. Every few months we would prune our

How I Structured My Week for Maximum Effectiveness

How I structured my week for maximum effectiveness. You’ll notice it is in the past tense. I’m going back to my 30 years of pastoring